We're adding more of these all the time! Check back soon to see more recent (and not so recent!) Pibbles alumni.

This crazy little lover was found wandering the street of Faulkenburg, bewildered, lost and bleeding from her head!  It's true, this sweet loving dog was shot execution style and left to die.  We do not know how she survived it all but somehow she found our way to pibbles because a wonderful staff member of HCAS thought pibbles could help her recovery.  The wonderful woman who actually picked Mercy off of the street has followed her success every single step of the way.  Extemely social and full of energy, Mercy endured two surgeries to remove the homemade bullet fragments from her skull but she does not even remember all that bad stuff.  Since Mercy met her furever furmom at an adoption event @ Pet SuperMarket in Lutz, it was love at first sight and everyone involved is now furever changed.  Mercy also has gone on to pass her AKC Canine Good Citizenship, she loves all animals and even has a bunny friend.

Nina, Champ's first wife.  Nina came to pibbles with Champ when he was returned by his first adopter from HCAS back when the pibblemom was just a foster (Pibbles was just an idea back then). Champ was returned because his first adopter mom had to take on two jobs and did not feel it was right to keep him lonely and contained long hours every day.  Nina was in good condition and had her own 3 yr old boy to look after but was not socialized because her family was worried about how people view/treat pitbulls and their owners, she was walked at dark and lived with a cat.  Nina also hated slick/shiny floors, which, because her owners then had ceramic tile, meant that she spent most her time on her pillow or in her crate.  It did not take long for Nina to meet Shadow, then Simone and Darla, from there she continued on to be a great nanny dog and helped many pibbles get socialized then adopted over her several years here in our camp.  As an elder-bull Nina did not receive any real interest for a furever home until..... she was found by Nina.  YEP!  Her furever mommy has the same name... too cute!  It was the flapper picture above that won Nina's mom's heart.  Now Nina pibble is in retirement and will be joined by Champ once he is ready to retire.  Until then Champ and Nina spend most holidays together when Champ takes his much needed vacations from his very important work here at the pibbles camp.  Nina was a blood donor while in the pibble camp but has exceeded the age limit and now lives with her life mate Gemma.

Dook was found on a chain, on a back porch in Polk county.  Originally heartworm positive, he was adopted out several times by the person who originally rescued him.  He then was brought to Pibbles for some socialization and rehab after being unfortunately the receiving end of some negative pack behavior.  Not trusting anymore, Dook learned to trust again with the help of his pibble friends.  When Dook met his furever furmom it was love at first sight.  They met at the Tampa Amazing Pet EXPO that day.  She came around as part of her job... checking on the vendors and rescues setting up and BANG... it happened.  She returned back to see him 3 maybe 4 times that day, then found him on our facebook page... liked all his pictures and finally two weeks later she emailed us to inquire about how he was doing.  Not much longer after that, she drove down to Tampa with her best friend, worked with him and then passed his AKC Canine Good Citizenship and he is now living the cushy northern life with his very own little boy.  They are the BESTEST of friends.  Pibbles is blessed to get pics all the time. :-)

Bronx, aka Sargeant, aka Dude

This lovely creature was left tied out at Sargeant's Park emaciated, sick and left to die.  This dog's amazing love of life has carried him through so many obstacles before finally becoming the beautiful happy creature before your eyes.  Sargeant was at HCAS for over 6 months!!! Needless to say all the good work the A.D.O.P.T. program volunteers poured into him daily... started to fade away as he began to loose hope in finding his own furever family.  One day his biggest fan Pam picked up the phone and made arrangements for Sargeant to come to the Pibbles camp.  Everything was going smoothly until.... Sargeant presented with kennel cough within his first 10 days here.  Not only that... but he shared this nasty strand of cooties with the whole Pibbles camp :-(  On top of all that!  Sargeant also had kidney infection, ear problems, his eyes were constantly infected and we found a BB lodged in his shoulder.  In our weakest moment, an amazing Veterinarian came to our rescue, Dr. Lisa Register of East-West Animal Hospital.  Dr. Register made the time to not only bring Sargeant completely back to health but treated every single little pibble we had.  Unfortunately we did loose one dog to pnemonia but she was 11 years old and this strand of kennel cough could have taken more than one life easily, so we here at pibbles are very blessed.  Pibbles thinks however, that Sargeant is the most blessed of all because now with a little help from Rugaz Rescue he has the most amazing home and is looking forward to finding his new life partner (because his new family wants him to have a girl friend to share his happy home with).

Bronx and his new furmom are training for the AKC Canine Good Citizenship.

Tucker found himself in HCAS and had everything working against him.  But he found one person who saw through is antics and gave him a chance, they brought Tucker to pibbles to help him out.  Even though he came to us in a very awkward round about way... he made it here and now he can make it anywhere!  Tucker and his new furever mom are trianing to pass the AKC Canine Good Citizenship test soon. 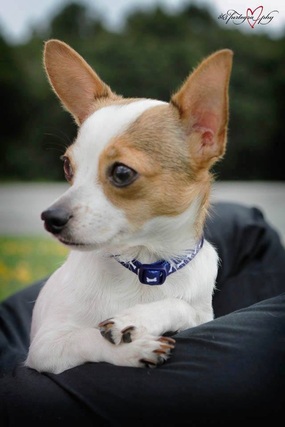 Poor little Cody came from a home of almost thirty other dogs.


Pibbles to the Rescue took him on when his owners
finally agreed to give him a better life!


Today Cody is with a wonderful family and has a sister chihuahua that is almost exactly like him! 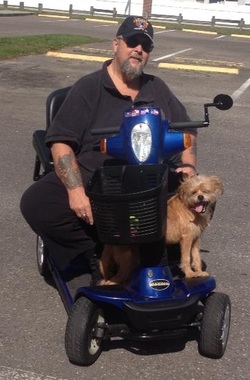 Ginger was left behind when her owners moved, literally left in the apartment.  A good samaritan took her in a found a place for her in rescue.
Recently Ginger found her furever home and everyone is thrilled!  Her new daddy absolutely adores her and she feels the same!  She is helping him on his road to recovery and he tosses her ball until she can't go any more.  We love our match made in heaven!

HCAS PBA and A.D.O.P.T. graduate, Kelis has a strong love for the frisbee.  Being a shar pei and pit mix she was amazing to watch and was showing promise as a disc dog... but then... the bad news.  Hip Displasia.  BAD to the point of being beyond surgery.  Kelis was moved to sanctuary and as a blood donor would spend the rest of her life helping pibbles in need and saving many precious lives.  Then one day, her dreams came true.... a volunteer fell in love with her and decided to adopt.  Kelis now has her furever home but is still saving lives by donating blood and helping dogs that are ready for foster care while looking for their own furever homes.  Exceeding expectations, Kelis, love-a-bull.
Powered by